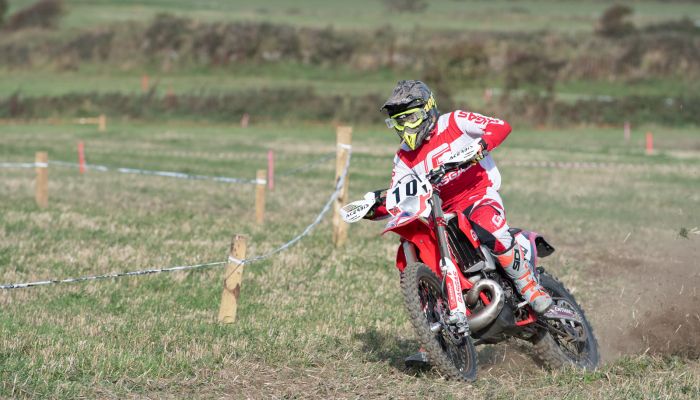 Consistency is the key for Kelly

Clubman winner was Matty Skillen tying on points with Tom Dawson and being awarded the championship based on the finishing order in the final round. Third was Will Duggan the only rider in the class to win 2 events.

Sportsman class was won by Chris Beaumont by a comfortable margin with Peter Gray and Richard Smith in second and third positions.

Championship Standings as of Oct 2018

Ashley Kelly leads the IoM Centre Championship with 1 round remaining. However his lead over Juan Knight is less comfortable than it appears on paper. With 1 round to drop Ashley is unable to score maximum points at the final round meaning both Juan Knight and Grant Thomson can mathematically lift the Expert class prize.

Will Duggan looks favourite for the Clubman centre championship but Tom Dawson and Peter Kermeen are all within striking distance of the 'Grass Fed' southerner.

Veterans class looks to be hotly contested as Chuck Bregazzi lead the way by 1 point from Robert Quayle and Stephen Corlett in third with a non scoring round so able to add 20 points to his tally.

Sportsman class has Peter Gray in the lead with a point score in each round ahead of Chris Beaumont and Richard Smith in 3rd.

RMCC host the final round on Sunday 28th October.